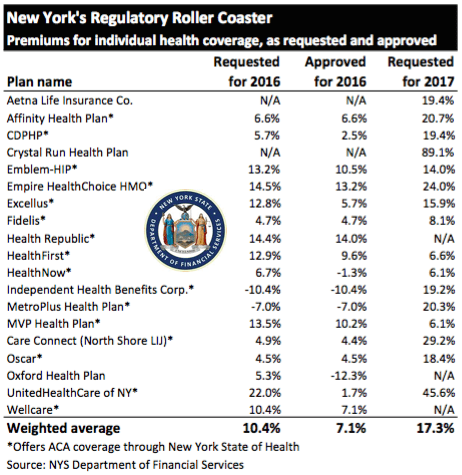 The State released NYS 2017 Rate Requests with average increases of 17.3% individual market and 12% for small groups.  This early 5/12/16 deadline request requirement is not an Obamacare requirement.  As per NY State Law carriers are required to send out notices of rate increase filings to groups and subscribers. 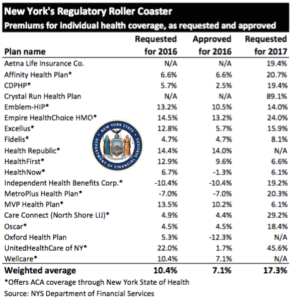 With only 3 months of mature claims in 2016 to work of off Insurance Actuaries have little experience to predict accurate projections. Typically the rate requests must be high and  in the past  final approvals after negotiations were  only  half, see https://www.medicalsolutionscorp.com/nys-2016-rates-approved/.   The national rate trend, however, has been much higher than in past years due to higher health care costs and the loss of Federal reinsurance fund known as risk reinsurance corridor.

This is one of the reasons why the individual market is significantly more costly to operate than small group as per recent United Healthcare pull out of most State Individual Exchanges, UnitedHealthcare will drop ACA Exchanges.  In fact, the Health Republic NY is Shutting Down highlights how an insurer banked on the federal risk corridor reinsurance and underestimated NYS costs of care.   Another local example is Oscar Health Insurance which has lost $105 million and is asking for up to 30% rate increase.  The 3 year old company  said the increase was necessary because medical costs have risen, government programs that helped cover costs are ending, and its members needed more care than expected. That all translates into the need for a price correction.

Importantly, the individual market subsides may be on borrowed time.  Last week,  The Federal Court ruled that Obamacare subsidies were illegally funded.  The ruling while the Obama administration challenges it in D.C. Circuit Court of Appeals, is still allowing the reimbursements to continue for now.  The  practice of  some small businesses dropping group health insuarnce in favor of the Individual Plans known as “cash for insurance” is put into question by this.  While the IRS ruled that this is prohibited (see below) some small business are attracted to the simplicity of a public exchange and not getting involved in the managing of plans.  Prohibited: The IRS prohibits employers from giving (or reimbursing) employees pre-tax funds to buy health insurance on their own—through the state-based and federally facilitated exchanges or private marketplaces alike.1 This practice may result in a $100 per day excise tax per applicable employee, according to an IRS Q&A released in May 2014.2

Instead, the correct approach for a small business in keeping  with simplicity is a Private Exchange.  This is a true defined contribution empowering employees with choice of leading insurers offering paperless technologies integrating HRIS/Benefits/Payroll.  Both employee and employers still gain tax advantage benefits under the business.  Also, the benefits, rates and network size are superior under a group plan as THE RISK OUTLINED ABOVE ARE HIGHER FOR INDIVIDUAL MARKETS THAN SMALL GROUP PLANS.

*Indicates that the company makes products available on the “New York State of Health” marketplace.

*Indicates that the company makes products available on the “New York State of Health” marketplace. 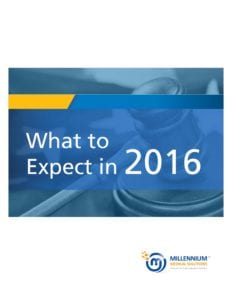